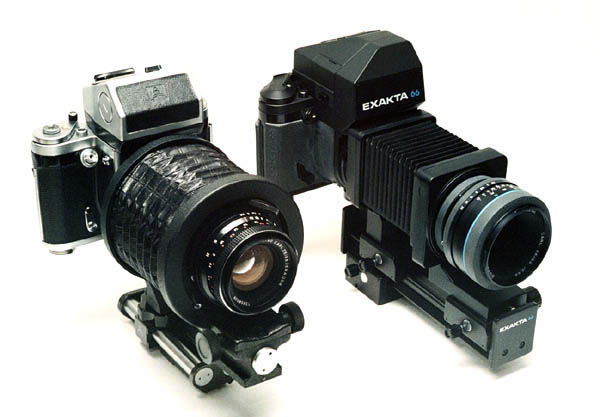 However, one word of caution is in order concerning the Arsenal 80mm Volna or Arsat lens.  This focusses much closer than the Pentacon Six and Exakta 66 standard lenses, but when focussing the lens closer than a meter, a design fault may become evident:  light may enter the rear of the lens via the opening for the stop-down lever.  This is not really a compatibility problem, since it occurs regardless whether or not bellows are used, and regardless of the camera body in use.  There are two possible solutions:

Bodies
There is a slight degree of incompatibility: the pin on the rear of the Exakta 66 bellows is slightly too short to open up any lens fully when the bellows unit is used on the Kiev 60, because it is not adequately depressed by the lever in the throat of the Kiev 60.  It works fine on the Exakta 66 and the Pentacon Six.  It is possible to adjust the Kiev 60 diaphragm lever, although this should be done with caution, as problems may then arise getting some lenses to stop down adequately.  A lot of patient experimentation is called for, and given those tolerance lattitudes, it could be slightly different for each Kiev 60 or each set of Arsenal lenses.

The TTL metering stop-down pins on the back of the Exakta 66 bellows prevent the bellows from being mounted on my Kiev B.i.g.  although this can easily be overcome by the use of a short extension tube between the bellows and the body. 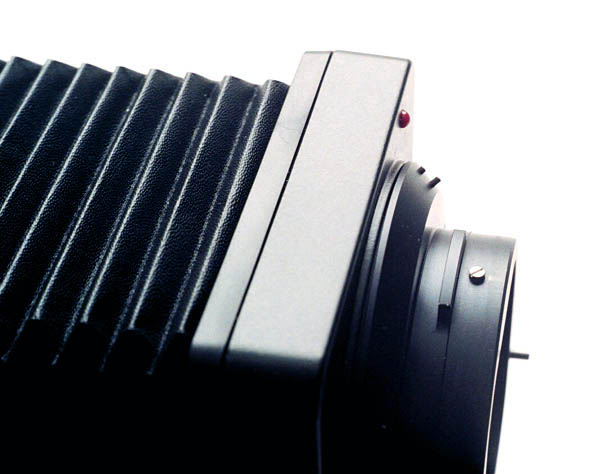 [C311-14: top-right in this view of the bellows mount to the camera body:
the two small pins prevent mounting the bellows directly
onto my Kiev 88-6 / Kiev B.i.G.] 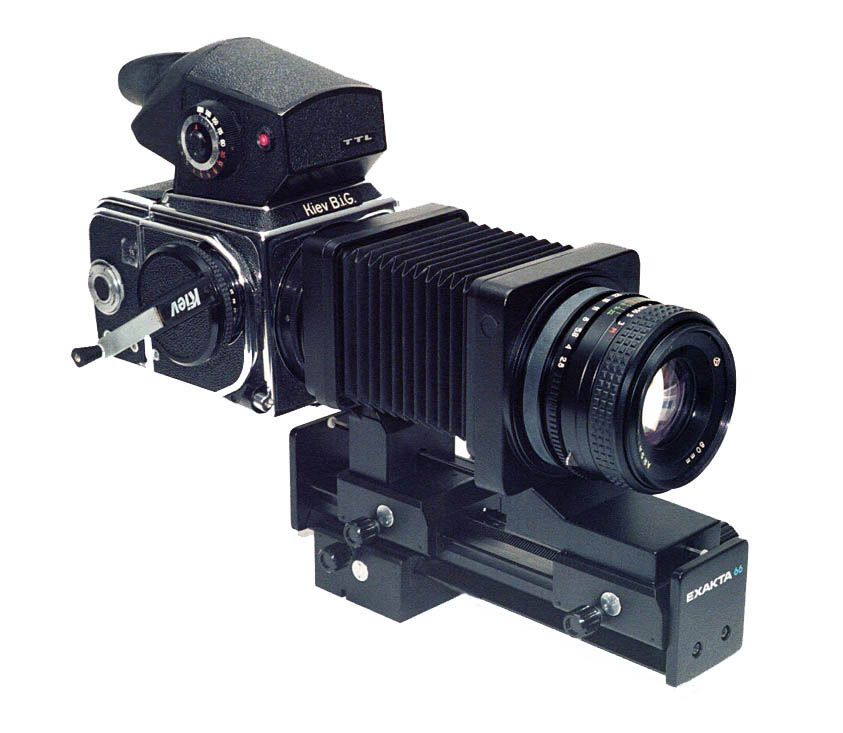 Schneider produced four of its already-famous lenses in the Exakta 66 mount, for use on the bellows only.  To read a report on these lenses click here.

To go back to the beginning of the macro section, click here.

To go on to the next section, click below.
Next section (Novoflex Bellows)