Unusual Accessories for the Pentacon Six
by TRA 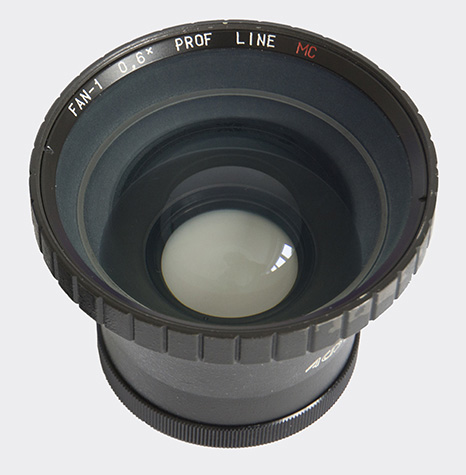 All the following images were shot on my “usual” Pentacon Six TL, with Fuji PRO160NS negative film.  The lenses were set at f/8 and the exposure was 1/500.  A tripod was used and the images were scanned with an Epson Perfection 750 PRO at 6400 dpi using VueScan software.

The FAN-1 does genuinely seem to give the angle of view advertised, and the coverage is a tiny bit wider than with the 50mm Flektogon

Is there any vignetting (darkening of the corners of the image)?  In a word: none.  This is a pleasant surprise.

When the FAN-1 is used, there is an extremely tiny colour cast, compared with the 80mm Biometar lens on its own, with the image taken with the FAN-1 having a hint more pink.  No difference of contrast is distinguishable.  So far, very good.

Further away from the centre, the loss of resolution is greater, with the Biometar (on its own) giving the best result, the 50mm Flektogon coming in behind it, and the FAN with the Biometar behind the Flektogon.  Look at the burglar alarm:


At the edge of the frame, the resolution is, unsurprisingly, marginally poorer still.  See garage roof tiles and trees.

Colour fringeing is also much more obvious near the edges of the image frame – see the top, left-hand window frame and fascia.

Out of curiosity, I shot the same image with a 65mm Flektogon (zebra style).  Given the criticism of this lens that is sometimes encountered, I was extremely pleased with the results:
No colour fringeing, no distortion, but high resolution and high contrast. 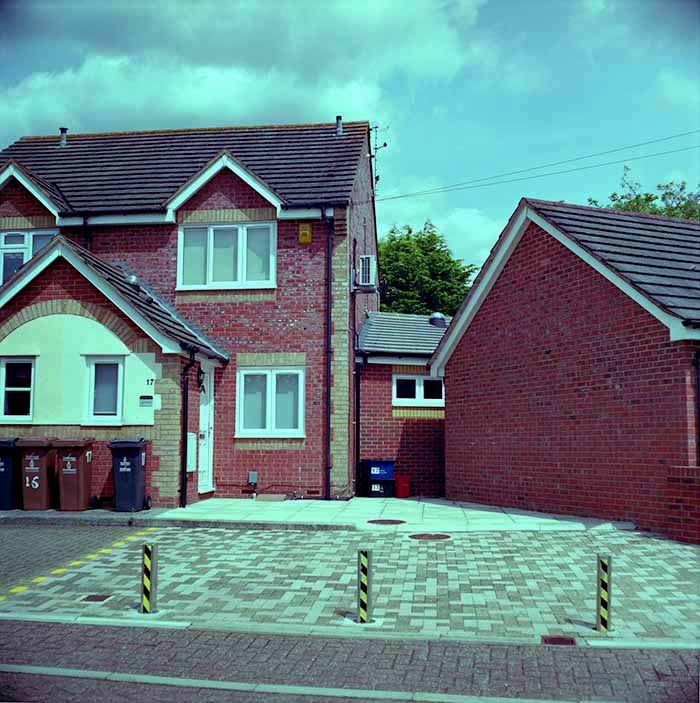 The lens here had a slim-line UV filter fitted, on front of which was the CZ lens shade that was designed for this lens (but which is often sold with the claim that it is for the 50mm Flektogon!).

There is slight vignetting in the corners and I wonder if this has been caused by putting the lens shade on the front of the filter.  For more on lens shades, see here.


For more on the 65mm Flektogon, see here.

To go back to the main page on teleconverters, click here.

To go back to the beginning of the lens tests, click below and then choose the focal length that you want to read about.


Back to beginning of lens tests