Medium Format Lenses with the Pentacon Six Mount
by TRA 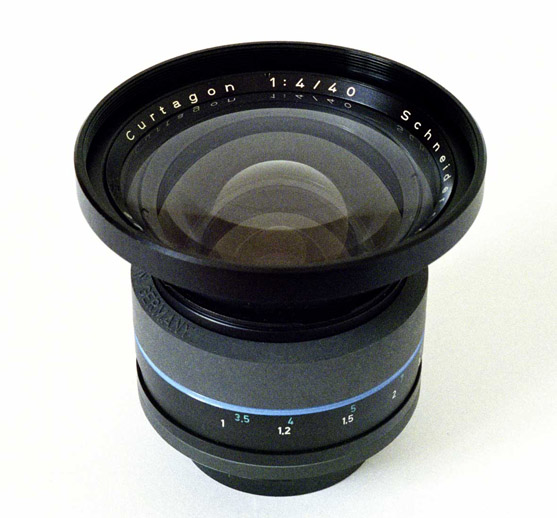 The Exakta 66 was announced in 1984, and by 1986 there was a 12-page colour brochure describing the system.  This listed the Schneider Kreuznach lenses for the system, including a 40mm Curtagon extreme wide-angle: 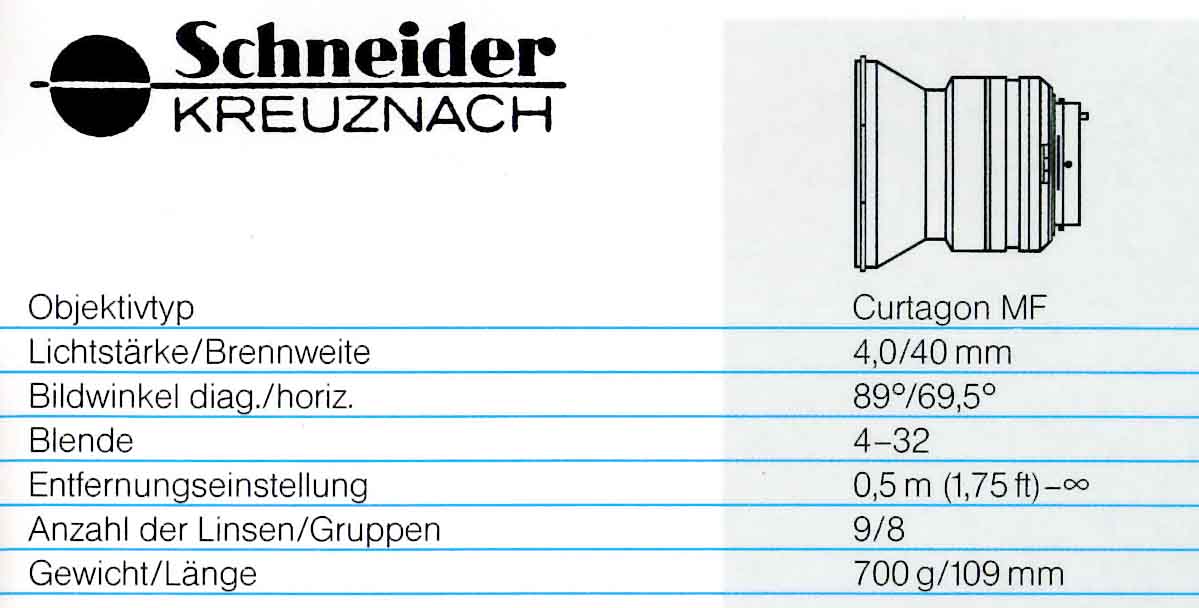 However, no photograph of this lens was included in the brochure.  Various other items had also clearly not been ready at the time the photographs were taken – for instance, the 250mm Tele-Xenar, the bellows lenses and various accessories.  Exakta Foto GmbH tried to cover up these omissions by

In March 1989 I rang Exakta Foto to enquire about the 40mm Curtagon and was told that it had not yet been produced and would still not be available during that year.  Someone told me that they were hoping to do a deal with Hasselblad to supply the lens for them, and that if this happened, it would be produced for the Exakta 66 also.  As we know, this lens did not appear in the Hasselblad mount, and we must wonder whether it ever entered serial production in the Exakta 66 mount.  A sample was shown at Photokina, but when I visited the Schneider works in Bad Kreuznach in April 1989 I was told that it was a non-working sample.

Cambridge Camera Exchange of New York included the lens on their web page in the late 1990s, with a price of US$7,950 – not within my price bracket, so I never ordered one.

To go on to the next section, click below.
The Curtagon Story, Part 2

Back to the wide-angle lenses